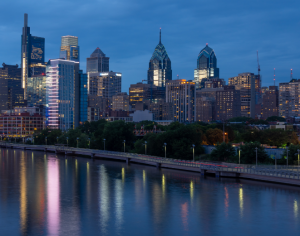 Many Philly investors have been seeing high returns on their investments, especially in the last five years. There are good opportunities to invest in rental properties all across Philadelphia, whether you’re doing buy and hold with little to no renovation or you like to do total rehabs before renting them out. Researching the following four factors can help you create a list of neighborhoods and then narrow it down to the best play to buy investment property in Philadelphia.

A 2017 report by Next City looked at stats over a five-year period and these were the top five neighborhoods for increased home value:

*Many would argue that Zillow’s numbers are flawed and we would agree. So, here’s a quick note about all the sources used in this article: these sources provide just one point of data in due diligence. We would rather look around for several sources of information and use that as a launching point for further thought and research versus not having any information at all. So, review this information and these sources but take all source material with a grain of salt!

Philadelphia’s rental rates have also been steadily on the rise. In 2018, Philly ranked number four among major U.S. cities with the largest rent increases. According to RENTCafé, the average rent in Philadelphia is $1,576, a 5% increase over the previous year. To show that high growth in home values does not necessarily mean pulling in the highest rents, here are the current average rental rates for the top five neighborhoods we listed in the previous section.

Philadelphia is Pennsylvania’s largest city with over 1.5 million residents. The population grew by only 0.4% in 2017, but more people actually moved out of the city than moved in. The birth rate exceeding the death rate is what accounts for the growth. On other hand, more than half of city’s neighborhoods have seen population growth over the last five years. Powelton’s population is up the most (28.9%) followed by Northern Liberties/Fishtown (24.6%), Manayunk (19.1%), Fairmount/Spring Garden (18.9%), and East Mount Airy (18.1%).

Philadelphia did see job growth in 2018 (up 1.5% from 2017). Over 265,000 jobs are concentrated in the Center City District, thus the high desirability of living in Center City and the surrounding neighborhoods. Neighborhoods where new jobs are being created are generally good places to invest in in rental properties. Always look for new business opening in areas where you’re thinking about investing.

Researching these four factors and getting to really know the neighborhoods will help you determine the best place to buy investment property in Philadelphia.