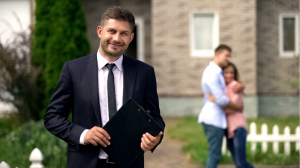 Wholesalers who are really good at what they do excel at finding bargains in the best areas to flip houses in Pennsylvania. Some fix-and-flippers rely on them for most of their deals, while others try to snag deals from them occasionally when their own marketing runs dry.

Other flippers who never deal with wholesalers have a change in circumstances and decide to try out working with a wholesaler. A Philly flipper might venture into Montco and see if a wholesaler can line them up with a good fixer-upper rather than doing their own marketing.

Perhaps you’ve started working with a contractor who drives into the city from King of Prussia. Maybe you’d like to reach out to a wholesaler in Montco who could line up a house for you to fix and flip in KoP, Norristown or Blue Bell.

Another flipper we know had the chance to live at his parents’ house in Pittsburgh for a few months. He reached out to a couple of wholesalers so he could try to make some good money doing a couple flips there.

If you’re looking for a deal in the best areas to flip houses in Pennsylvania, you might turn to a wholesaler too. While we think you can get some great deals from wholesalers, we do have some tips to protect your real estate investing business and prevent you from making a mistake.

Why work with a wholesaler?

To recap, then, a good wholesaler is likely to be able to find good deals that you won’t find on your own in the best areas to flip houses in Pennsylvania. They do more marketing than the average flipper and they’ve had to learn some advanced techniques for finding deals. Getting deals from a wholesaler frees you up to focus on fixing and flipping. If you can partner with a good wholesaler you can flip more houses and scale your business.

You’re the one buying the house so you should always run your own numbers rather than relying on the wholesaler’s numbers. When approaching a private money lender, you want numbers you can justify rather than presenting the slick package from a wholesaler.

Run your own comps. With a housing market that is slowing down, it’s good to use more recent comps rather than sales from a year or more ago. Work out a solid ARV you trust.

The wholesaler can estimate the rehab cost, but that doesn’t mean they would rehab it the same way you would or finish it to the same standard you do. So estimate your own rehab cost.

You can close on some great deals from wholesalers in the best areas to flip houses in Pennsylvania. But it’s going to be your fix-and-flip project and you’ll be the only approaching a private money lender so it’s important that you run your comps and estimate your own rehab cost rather than relying on the wholesaler’s numbers.