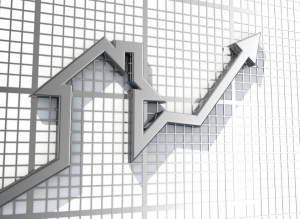 The big question on every borrower’s mind is: what will happen to interest rates? Even if they aren’t going up in the near future, we thought we’d write a brief tutorial to help you wrap your head around interest rates so you could make better investing decisions.

Going into 2019, economists were expecting interest rate hikes from the Federal Reserve. By mid-year there was growing speculation of a cut to the interest rate, though there were few economic indicators to warrant this move. Increases could still be coming as economists grow increasingly skittish about the markets in 2020. When the Federal Reserve increases the interest rate, banks follow suit and raise their lending rates, affecting homeowners with mortgages, consumers with loans and credit cards. What about loans to flip houses Philadelphia?

It’s a fair question: How does a federal interest rate hike (or cut) affect hard money loans to flip houses in Philadelphia?

For homeowners (and how it impacts investors)

On the other hand, homeowners with a 15 or 30 year fixed-rate mortgage will stay locked in at their current interest rate even if the Federal Reserve raises the federal interest rates multiple times.

For investors who are borrowing from traditional banks

Real estate investors who obtain mortgages or loans from banks for properties will be forced to pay more if they hold variable-rate loans, but they won’t be affected in they have fixed-rate loans. But very few investors are using traditional loan products from banks. Most turn to private lenders to better finance their house flipping operations.

For investors who are borrowing from private lenders

Private lenders design their hard money loan products to best serve their clients who are flipping houses: short terms, flexible repayment options, and capital draws as rehabbing progresses. Interest rates for these loans take into account all these parameters and the overall risk. They are fixed-rate loans so there won’t be any adjustment to interest rates once the loan has been negotiated.

After a hard money loan is repaid, the interest rate for a flipper’s next hard money loan with that same private lender has the potential to be the same or similar to the previous loan, even if the Federal Reserve has increased the federal rate.

Hard money loans to flip houses Philadelphia are tailored to individual borrowers/flippers and the interest rate is not directly affected by the Federal Reserve or banks.