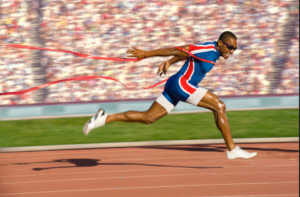 Flipping houses in Philadelphia continues heating up. More houses are being sold every year to be flipped. Neighborhoods are improving. Homes that no one would want to move into are becoming highly sought after. But what are the best areas to flip houses in Philadelphia? If you’re wanting to flip a house this year, before you put all your money and time into a fixer-upper, it might be good to know where other people are flipping houses successfully.

Attom Data Solutions published the 2017 U.S. Home Flipping Report back in March of this year. Any house which sold previously within the last 12 months was counted as a flip. In order to find the 10 best areas to flip houses in Philadelphia, we’ve listed the Philly zip codes with the most house flips and identified those neighborhoods (though neighborhoods do not always line up precisely with zip codes).

4. Zip code 19134 with 104 flips: Port Richmond
Port Richmond has been one of the best areas to flip houses in Philadelphia, but flipping here slowed just a bit, down 3% from 2016. Median house prices remain low here at $23,750, giving newer flippers a chance to do a quick lower cost flip, but make an average gross profit of $14,750.

9. Zip code 19125 with 68 flips: Fishtown / Kensington
Fishtown has seen a lot of house flipping in the last few years. In 2017, the percentage of house sales being flipped in this zip code remained steady with the previous year at 10.3%. The average gross return on investment remained strong at 134.1% with an average gross profit of $168,250.

Tied for 10th. Zip code 19121 with 67 flips: Brewerytown
Flipping is down 5% from 2016, but still accounted for 12.8% of house sales. With an average gross ROI of 132.5%, Brewerytown remains an attractive investment opportunity for flippers.

And in case you were curious about what neighborhood(s) just about made the list:
12. Zip code 19132 with 65 flips: Strawberry Mansion

There you have it. At least in terms of the number of houses being flipped, these are 10 (actually, 12!) of the best areas to flip houses in Philadelphia.