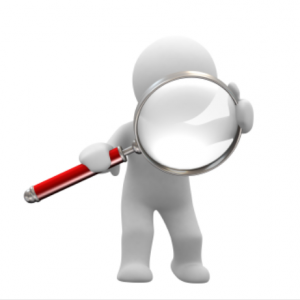 Forget California and Texas… If a television network wants to film their house flipping TV shows in a state where house flipping is really happening right now, they’d be coming to Pennsylvania! Did you know that four out of the top five cities in America giving house flippers their highest average gross return on investment are located in Pennsylvania? If you want to know the best areas to flip houses in Pennsylvania, those four cities have great investment potential.

Not only is Scranton, Pennsylvania famous for the fictional paper company, Dunder Mifflin Scranton branch, from NBC’s hit sitcom The Office, it’s also the #1 city in America for giving house flippers the highest average gross return on investment – 168.2% in 2017. It’s one of the few markets in the US where you can still get a discount greater than 30% on bank-owned property sales. Scranton flippers have been buying foreclosed houses with an average 61% discount off market value. Municipal regulations make flipping more attractive than buy-and-hold.

Out-of-state investors seem hesitant about Pittsburgh, but local real estate investors know this one of the best areas to flip houses in Pennsylvania. The real estate investment clubs in Pittsburgh are huge, with hundreds of investors networking and working together to rehabilitate Pittsburgh’s older housing. Pittsburgh is home to some of the biggest employers in the state, the UPMC Hospital and the University of Pittsburgh. Google, Apple, Facebook, Uber, and Microsoft are among 1,600 technology firms, plus the city is still a candidate for Amazon’s HQ2. Pittsburgh flippers received the second highest average gross return on investment – 145.5% in 2017.

With Philadelphia’s population triple the total of the other three communities reviewed here, it clearly offers more options in terms of the best areas to flip houses in Pennsylvania. Demand for housing is greater and some Philly neighborhoods are in the midst of serious redevelopment. You’ll be able to find not just older single-family homes, but rowhouses, and plenty of multi-family options too. Like Scranton, Philadelphia attracts a lot of out-of-state investors, but with fewer regulations, lower taxes, and higher rents, Philly gives them more options. Flippers saw an average gross return on investment of 115.7% in 2017.

Erie is the fourth largest city in Pennsylvania with a population just over 100,000. Real estate investors say this is one of the best areas to flip houses in Pennsylvania because of the good stock of houses that can be purchased for $55,000 to $75,000 and flipped for a good profit. Tourism has been a growing industry for Erie. Lake Erie views are definitely a big selling feature for homes, along with proximity to the lake. Rents are lower in Erie, but Airbnb is working well for some investors. House flippers were pleased with an average gross return on investment of 114.1% in 2017.

If you’re trying to find the best areas to flip houses in Pennsylvania, then know that you have come to the right state at the right time for investing in real estate. You can find whatever price point, whatever style or age of housing you prefer, and hot markets in Pennsylvania.

[Statistics taken from the 2017 US Home Flipping Report and Feb 2018 Report by Attom Data Solutions.]