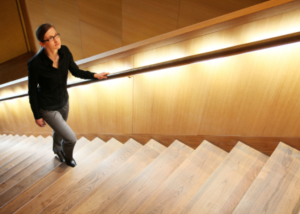 Buy low, sell high. Sounds simple enough, but where can you do that best in Philadelphia? Real estate investors have seen impressive double digit returns on their investments in now popular neighborhoods like Northern Liberties, Passyunk Square and Point Breeze, but there are fewer bargains available in those areas now. So what are the up and coming neighborhoods Philadelphia where investors can still get ahead of the curve?

People have been identifying Fishtown as one of the most up and coming neighborhoods of Philadelphia for the last few years. It’s named after the commercial fishing industry that was behind the development of this village historically. Fishtown is a desired area by professionals, artists, students and hipsters. Fancy restaurants, coffee shops and pubs with great food draw people to the area. Rowhomes line narrow streets and you’ll find a mix of seniors who’ve always lived here and millennials who’ve just moved in. Median house prices have been steadily rising, now at about $260,000, but still quite a value.

Talk about up and coming, Brewerytown has been improving quickly. It was named for the 20 plus beer-producing establishments that once operated in the area. Many of those former breweries have been converted to condominiums. Brewerytown Square has been developed with housing aimed at middle-income buyers. New construction is still ramping up and the city has worked on improving transit. Kensington and South Philly just can’t beat Brewerytown’s access to Fairmount Park and the trails along Kelly Drive and MLK Drive. Buy-and-hold investors have been impressed with the appreciation they’ve been seeing in last few years along with their decent, stable rental income.

Many real estate investors would say that Fishtown and Brewerytown are already fairly well picked over, so where are the early adopters turning for the next up and coming neighborhoods Philadelphia? I don’t have a crystal ball, but some good things are happening in Strawberry Mansion. There’s lots of potential there especially in the area close to Fairmount Park. While construction has been slowing down in Northern Liberties, it’s been picking up in Strawberry Mansion. The city has been investing in this neighborhood in several ways, including the housing authority making a $23 million investment on 55 new energy-efficient apartments. This lower income Philly neighborhood is moving in the right direction. Flippers have been finding houses for $30,000 to $60,000 and after significant rehabilitation reselling in the low to mid-100s, but depending on the exact location a longer term buy-and-hold strategy might yield an even larger future return.

Grays Ferry, Logan Square, Manayunk, Fairmount and Roxborough could easily have been added to this list of up and coming neighborhoods Philadelphia. Over all, the city is moving in the right direction, making it a great time to be investing in real estate. Sure it’s ideal to invest in up and coming neighborhoods Philadelphia, but there are winning investment strategies all throughout the city right now.